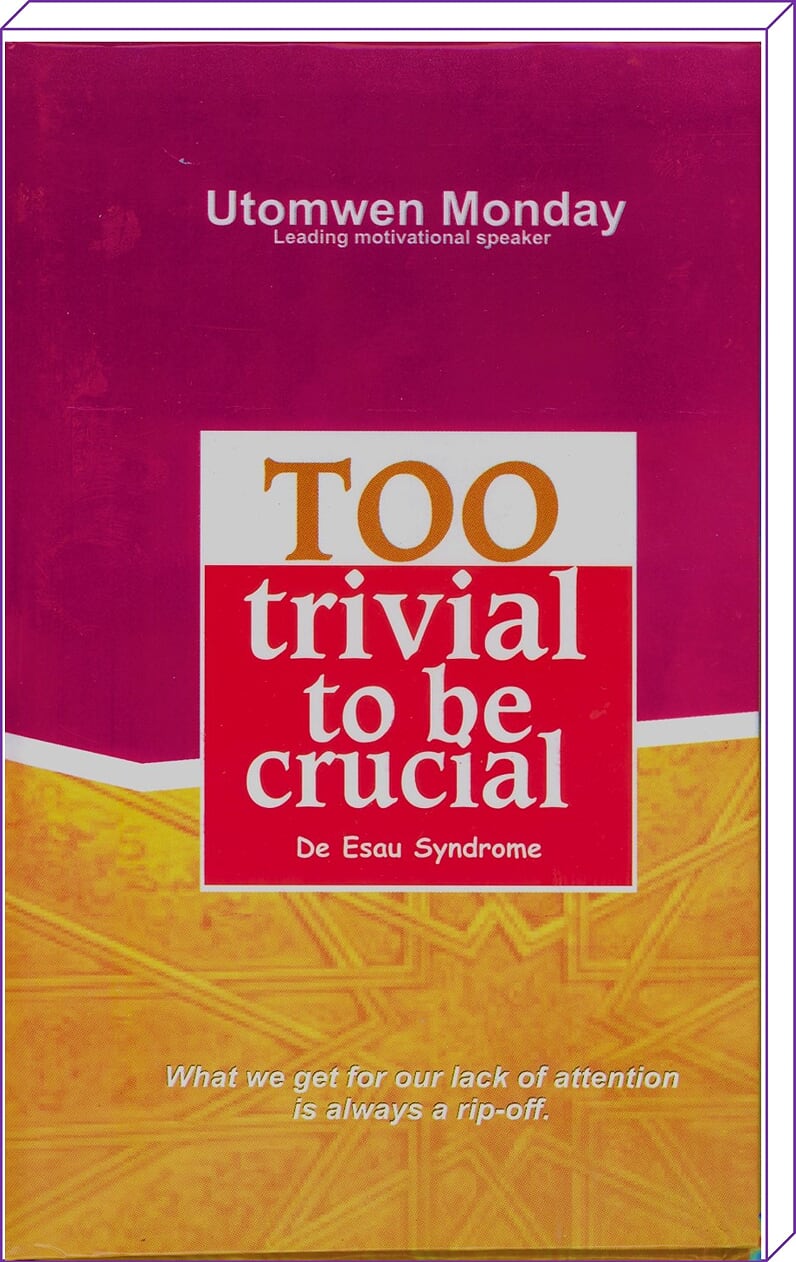 Too Trivial To Be Crucial (Hard Cover)

One thing that pushes people to do what they do is the value they place on that thing. You will be willing to put your entire resources and reputation at stake based on the level of worth you intend to achieve from a particular task.

In the course of my research, I discovered that some people easily shrug off important issues with a wave of the hand without a second thought and later realized that what they ignored in their haste and considered too trivial to be crucial was in fact acres of diamonds.

Too trivial to be crucial is a true-life epic that sets out the story of a young man who in his prime began to lay the foundation for his failure. He kept laying one piece of broken block upon another, he never learned from his mistakes and he never cared about the consequences of his action. Thus, his end was clearly written in permanent ink.

The question is, what are you doing or what are you up to that is inimical to your success? Do you think your decisions today do not count because you see them too trivial to be crucial?

There are no reviews for this product.